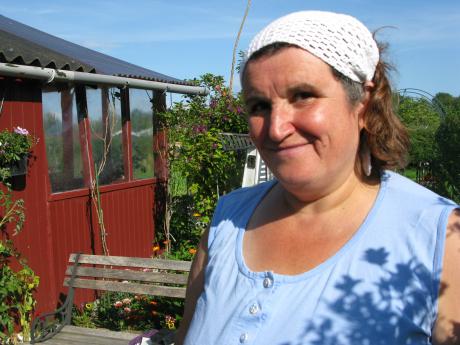 In the beginning was the word:

– Almanya’ya means “to Germany”. (Background: Germany was the first and best/ (only) known European country name, when the first guest workers from Turkey went to Germany to work in the the late 1960ies) Thus it should be no surprize where the name for immigrant in Turkish derives from. “Almanci” means guest worker/immigrant who went to Europe to work in the 60ies to the 80ies.  As people going to Europe to work or study from Turkey today will never be named “almanci” as that was a time specific phenomenon. As the endings cı, ci, cu, cü, çı, çi, çu, çü are endings for words indicating professions.  The ending ‘-ci’ in the word “almanci”  changes the word “alman” (meaning= German) to a person specifically working in Germany or in Europe. The profession thus becomes the country these Turks have taken work in. To elaborate on this: for instance the professions simit-ci (a person who sells simit, the Turkish bagelly bread), fırın-cı (a baker), çöp-cü (refuse collector/garbage man), süt-çü (milk man) et.c.

My tiny self-invented word/terminology is “Almanya’ya”(to Germany) / “Alman yaya” (German pedestrian).. And although I am not sure how to present or where to even put the apostrophes or the splitting of the word/words my aim is to re-make the word “almanci” in a dynamic and self emancipatory way.  And I am not sure what the word fully means yet.. Coming from the inside of the “almanci” community: namely from me!! Instead of being named as an ‘almanci’ by people who stayed in Turkey, therefore it is not a word the migrant uses to name himself.

This word was accidentially ‘coined’ while writing another of my countless pieces on migration. And I suddenly saw the word “Almanya’ya” screeming that it was walking. It was endlessly walking and running away from the paper. Its unstoppable. “Almanya’ya” indicates a dynamism, a decision albeit due to societal/economical/(political) reasoning the “Almanci” word is mostly used derogatively by Turks from Turkey no matter any social class. Almanya’ya (could be explained as embodying a strong skill to decide for one’s own life and future. It can liberate the negative connotation of the stereotypized villager from Anatolia who was never schooled or learned any manners). As if the ‘almanyaya’ has a direction, even going to Germany by foot. I might be all wrong and the word definitely needs more help and elaboration to be able to walk steadily and to be proud on its own, naming himself! The migrant names herself as “gurbetci” meaning a person who has taken work somewhere far away from his place of origin. For a person who has money such an initiative would lead to moving. as moving is then the right word, but being a “gurbetci” normally starts alone. Its usually the man who goes away to work and then he sends money back to his family. (he usually ends up with a Danish/German wife..and forgets his wife. meantime he actively makes half Turkish babies..) Im not sure if this word really is anything special, but to me it definitely speaks of something yet unveiled. It has a spark.